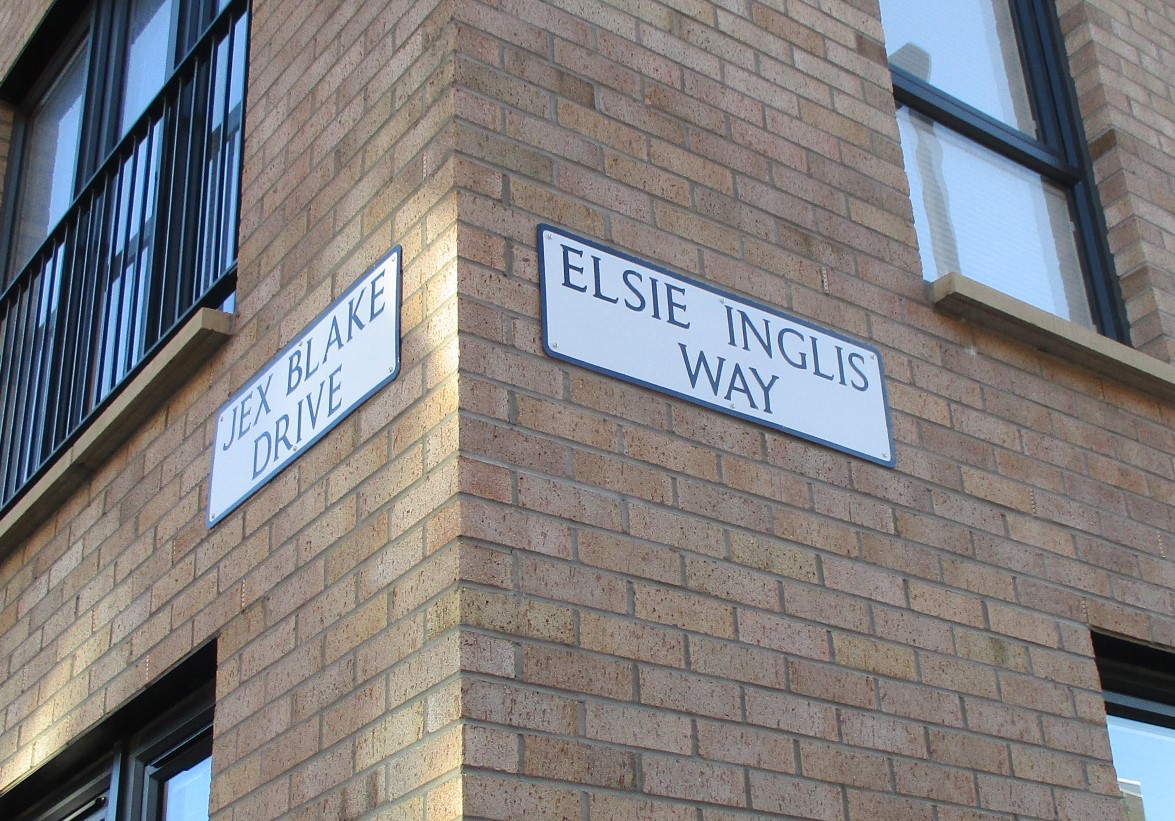 Residents in Edinburgh are being encouraged to suggest appropriate names to be added to the city's street naming bank, which is now online.

Anyone can propose a name for a street for the bank which is managed by the City of Edinburgh Council and is consulted when developers are naming new streets. This can be done either through ward councillors, local community councils, neighbourhood networks or directly through the Council’s Street Naming Officers.

Cllr Neil Gardiner, Planning Convener, said: “We’re always looking for new suggestions so it’s great to see the bank is now online so people can go in have a look at new names we already have and hopefully it will provide some inspiration. Edinburgh is rich with heritage and culture so we have some great examples which have been used in the last few years including names of suffragettes and soldiers who died in World War I.  A recent motion was also passed to amend our guidance so that we can prioritise using names of women where possible.”

Cllr Maureen Child, Vice Planning Convener, said: “The history behind some of the names used in the past is fascinating. One that jumped out at me was streets in Queensferry being named after witches being burned in the 17th Century! It’s not just names of people we are looking for. Some colourful examples are of streets relating to flora and fauna - Goldeneye Gait and Goldeneye Drive named after a duck, which can be found in the Burdiehouse Burn Valley Park near the development. In that area they also have Damselfly Road and Bullfinch Way. I’d encourage people to have a look at the bank and follow our guidance when making suggestions.”

All suggested names require justification as to their suitability, and are checked to ensure that they meet the required street naming criteria, which is set out in our Statutory Addressing Charter.

In general, new streets should be named after people, places or events associated with the City of Edinburgh. Names should meet at least one of the following:
• commemorate local history, places, events or culture, and in particular any that pertain to the site;
• honour and commemorate noteworthy persons associated with the local area, or the City of Edinburgh as a whole; giving a woman’s name priority where possible.
• celebrate cultural diversity in the City of Edinburgh;
• commemorate national and international noteworthy persons, who are deceased;
• commemorate national and international events;
• strengthen neighbourhood identity;
• recognise native wildlife, flora, fauna or natural features related to the community or the City of Edinburgh as a whole.
Streets are not named after individual living persons, as there is potential for this to become undesirable at a future date. Where such a name is proposed, it can be added to the appropriate street name bank until a suitable time for its use, i.e. after a minimum period of five years has passed following an individual’s death. The permission of close family should be sought for the use of the name where possible.
Some previous examples of street names for inspiration!

During the 17th century, alleged witches from the Queensferry area were taken to Ferrymuir and burned. Helen Thomson, Marion Dauline, Marion Stein, Marion Little and Isobel Young were among those accused (taken from research by the Queensferry History Group). William Wallace Fyfe wrote about the subject in "Summer Life In and Around South Queensferry" in 1851.  These names have all now been used for street names in the area.

Suffragettes
Bessie Watson, was only seven when she learned to play the bagpipes. She became involved in the Suffragette movement at a very young age.  She ended up teaching pipe playing at Broughton High School. Her name is currently in the Street Name Bank as a suggestion for a street in the Powderhall redevelopment, which is directly across the road from the school where she taught.

Dr Elsie Inglis was a pioneering Scottish doctor, suffragist and founder of the Scottish Womens Hospitals. Dr Sophia Jex-Blake was one of the Edinburgh Seven, the first group of female students to be accepted to any British university. They began studying medicine in 1869 at the University of Edinburgh and, while ultimately they were not allowed to graduate, they gained national attention for their campaign to allow women the right to attend university. In 1886 she founded the Edinburgh School of Medicine for Women, where Elsie Inglis was one of the first students.

Mary Seacole was a half Scottish, half Jamaican nurse who tended soldiers during the Crimean War. Her work was praised at the time, but she became even more famous a century later. She was born Mary Grant in Kingston, Jamaica, daughter of a Scottish soldier and the owner of a boarding house for officers and their families.  Although she has no direct connection to Edinburgh, she was as famous in her day as Florence Nightingale and she served as a military nurse in the Crimea.  Her application to join Florence Nightingale's nurses was turned down, probably because of her ethnicity.  She went anyway, at her own expense, and opened the British Hotel near Balaclava, which was a refuge for British soldiers, especially the injured.  She obtained special passes which allowed her to look after the wounded and dying on both sides.  In a list of the top one hundred women who changed the world, she is in nineteenth place. Seacole Square, off Niddrie Mains Road is named in her honour.

Soldiers who died as a result of WWI

As 2018 saw the centenary of the ending of WWI, some of the Edinburgh residents who died in action or as a result of the injuries they sustained at war have been honoured. These were obtained from the Roll of Honour, maintained by the Trustees of the Scottish National War memorial at Edinburgh Castle and various local War Memorials.  A number of these names have been used, e.g. Beale, Clarkson, Lumsden, Marr, Moodie, Affleck and O’Donnel in Gilmerton and Cassidy, Ballantyne, Fairbairn, Gifford and Gillon in Balerno.
The Gretna Rail Crash of 22 May 1915 happened at Quintinshill Station. This name was put forward to mark the centenary of this event. The victims were all local to the Bonnington area.

The Bethlehem Way development stands on the site of former large bakery.  In Hebrew, Bethlehem means House of Bread. The incumbent councillor at the time that this street was named found it both very apt and amusing.

Goldeneye Gait and Goldeneye Drive are named after a duck, which can be found in the Burdiehouse Burn Valley Park, Local Nature Reserve, which is in close proximity to the development. Other examples in the local area are Damselfly Road and Bullfinch Way.