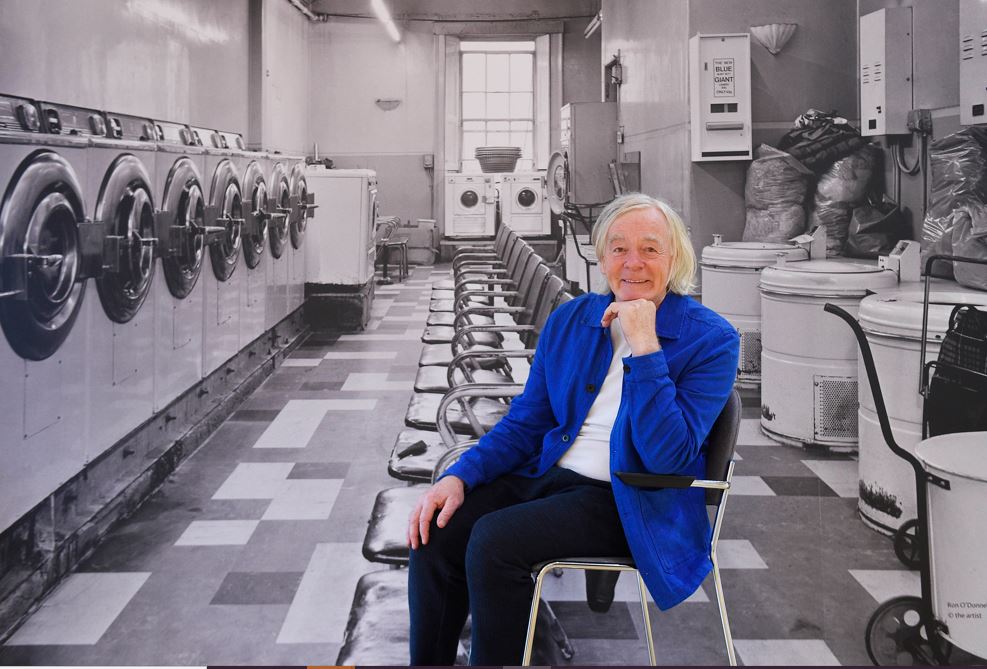 The images depict prison cells, public toilets and laundrettes, as well as local shops such as greengrocers and fishmongers and more. They were taken during the 1970s, 1980s and three decades later; some of the early works date from when O’Donnell was a student and many of these places are no longer in existence.

Known today for working in the medium of constructed photography and large-scale installations, O’Donnell began his artistic career as a photographer. He was born in Stirling in 1952 and studied photography at Napier Polytechnic in Edinburgh. He later went on to work as a trainee photographer at Stirling University and eventually returned to Edinburgh Napier University as a lecturer in photography.

O’Donnell has always had a curious and insatiable desire to document the city. Looking for unusual interiors, he would cycle around with his camera – a tool he used to access hidden spots that many people never saw. He was drawn to old fashioned, cluttered, and run-down interiors. On display for the first time are around 40 photographs from O’Donnell’s impressive archive of these little-known and lost places in Edinburgh.

This exhibition of unseen or lost interiors of Edinburgh will bring back memories to anyone who lived in the Capital during the 70s and 80s. The exhibition will also appeal to the residents of this wonderful city today and to visitors, who will be able to draw comparisons between then and now, with Edinburgh’s infrastructure having changed dramatically. The City Art Centre is the people of Edinburgh’s gallery; the perfect place to showcase Ron’s fantastic images.

This exhibition depicts an Edinburgh from the past and takes you inside long forgotten places. Many of these once busy and flourishing shops have sadly now disappeared from the city’s landscape. The photographs on display illustrate how our behaviour as consumers has shifted dramatically over the years from local communities to global online markets.

I started taking some of these photographs of interiors as a student. Shooting them, became a compulsion, a desire to record on film a vanishing city. In retrospect, I was privileged to have been allowed to document these places, given access to behind-the-scenes areas, through the generosity of the various owners. I hope that the images I have captured will become a fascinating document of this great city.

The Edinburgh: A Lost World is part of a photography season at the City Art Centre. Opening on Saturday 19 November, the show runs until 5 March 2023. It is admission free and is accompanied by an exciting in person and digital events programme.