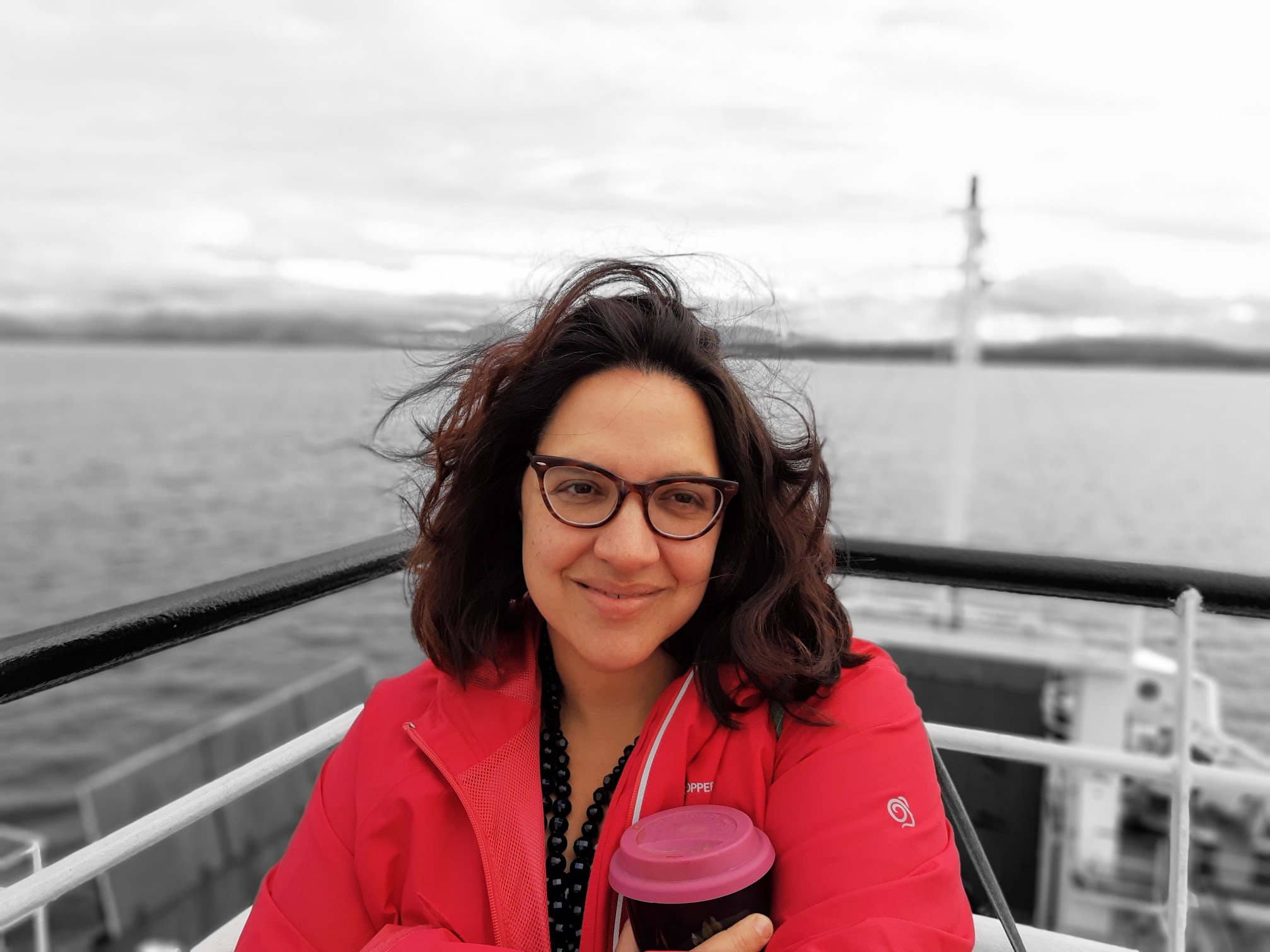 Award-winning poet, playwright and performer Hannah Lavery has been nominated to become the Scottish Capital’s next poet laureate.

A report to the City of Edinburgh Council’s Culture and Communities Committee next week (Tuesday 14 September) recommends Hannah as the next writer to be inaugurated as the sixth Edinburgh Makar.

If agreed, Hannah will take over the honorary role from Alan Spence later this year at a special reception hosted by the Lord Provost within the City Chambers.

Born and raised in the Capital, Hannah is a highly respected poet and playwright whose work has been published widely. Hannah’s poem, “Scotland, You’re no mine” was selected by Roseanne Watt as one of the Best Scottish Poems of 2019, her poetry film, Thirteen Fragments featured as part of the Royal Society of Edinburgh’s Curious Festival this year and she it will feature as part of a longer work for Push the Boat Out Festival in Edinburgh, this October.

Hannah Lavery is the sixth in an illustrious line of writers who have filled this important role in Edinburgh, the original City of Literature. Hannah is a fantastic choice, an accomplished and highly-regarded writer whose work inspires and generates important conversations, and I’m sure she’ll take the role in fascinating new directions.

The Council continues to show its commitment to the celebration of writers and literature which enhance the capital’s international reputation, including establishing the post of the Edinburgh Makar, a Scots word celebrating the role of the writer as a skilled crafter of words and images.

I’m truly delighted that Hannah has been nominated as the Capital’s next Makar. She of course follows the brilliant Alan Spence, who has been an impressive advocate and ambassador for Edinburgh and for poetry, and whose interest in international dialogue and exchange has undoubtedly enhanced the city’s global reputation. It has been a pleasure to experience Alan’s perspective of the Capital and we would like to thank him for the dedication and insight that he has brought to the role.

I am thrilled to be nominated and to be given the opportunity to build upon the work of Alan Spence and previous Makars. Edinburgh is in my bones, to be nominated as her Makar is an absolute honour and privilege.

The Edinburgh Makar is a civic post instituted in 2002 by the City of Edinburgh Council. The writer is selected and nominated by representatives of the Scottish Poetry Library, Scottish PEN, The Saltire Society, Edinburgh City of Literature Trust and the Council.

Hannah is a poet, playwright, performer and director.

The Drift, her autobiographical lyric play, toured Scotland as part of the National Theatre of Scotland’s Season 2019.

In 2020, she was awarded a New Playwrights' Award by the Playwrights Studio Scotland and selected by Owen Sheers’ as one of his Ten Writers Asking Questions That Will Shape Our Future for the International Literature Showcase, a project from the National Writing Centre and the British Council. She was also selected as one of the Scottish Voices for the BBC Writers’ Room.
In November 2020, her highly acclaimed lyric play Lament for Sheku Bayoh was directed by Hannah in a co-production with the Royal Lyceum Theatre, National Theatre of Scotland and Edinburgh International Festival. The Lament returned to the Edinburgh International Festival 2021.

Hannah is one of Imaginate's Accelerator Artists and an Associate Artist with the National Theatre of Scotland as well as Writer in Residence at Lyceum Youth Theatre and her play for children commissioned by Imaginate which was shared as a work in progress at Edinburgh International Children’s Festival in May 2021 and will be developed for a full production for 2023.
She was also recently selected for the Adopt a Playwright Award by offwestend.com.

She co-wrote a walking audio play, Eavesdropping (Edinburgh), with Thickskin and Traverse Theatre for this year’s Edinburgh Fringe and her adaptation of Jekyll and Hyde commissioned by Pitlochry Festival Theatre was premiered as part of their Summer Season 2021.

Her poetry has been published widely and her poem, Scotland, you’re no mine, was selected by Roseanne Watt as one of the Best Scottish Poems 2019. Her debut pamphlet, Finding Seaglass was published by Stewed Rhubarb Press in 2019 and she is working on a collection with Polygon. Her poetry dance film, Thirteen Fragments, in partnership with National Theatre of Scotland and Royal Society of Edinburgh, premiered as part of the Curious festival in August 2021 and will form part of a larger work, called Blood Salt Spring for the Push the Boat Out festival in Edinburgh 2021.
She has performed at many poetry nights and festivals including, Neu! Reekie!, Edinburgh Book Festival, Stanza Poetry Festival and Sonnet Youth and in 2021, she is undertaking a translation poetry project with Stanza and the Ukraine Poetry Festival, Book Arsenal.

Hannah is an experienced workshop facilitator and mentor and received the Creative Edinburgh Leadership Award in 2020, for her work with the Writers of Colour Writing Group and for curating and directing a film poetry series, Sorry, I Was On Mute, for Fringe of Colour.