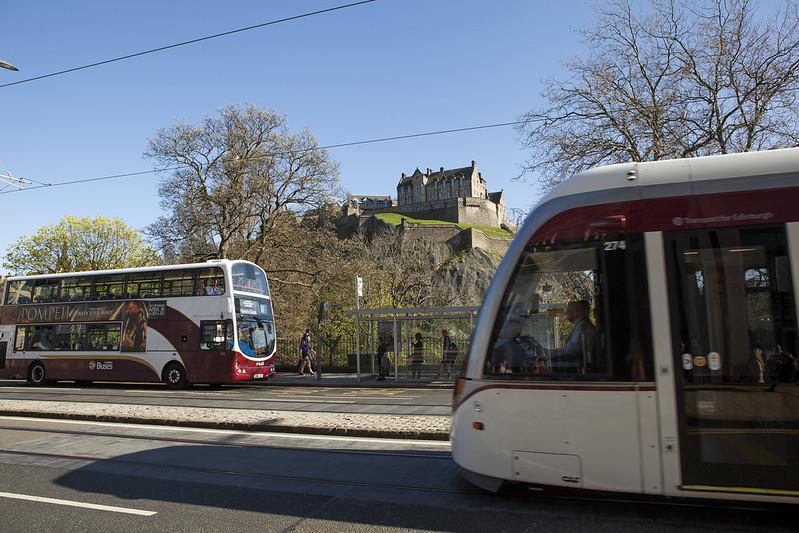 Recommendations for the reform of Edinburgh’s Transport Arm’s Length External Organisations (ALEOs) would deliver a more efficient, better integrated public transport offering while retaining the identities of the Capital’s much-loved transport companies, according to a new report.

Reform of Transport Arm’s Length External Organisations, to be considered by Transport and Environment Committee on Thursday (19 August), proposes reconstituting the Lothian Buses legal entity to allow the management of all Council-owned public transport modes in the city, while retaining the brands and operational services of each of the transport companies.

While the changes wouldn’t result in any immediate changes for passengers or front-line staff, they would lead to improvements through easier ticket purchasing, integrated routes and customer services plus better collaboration and less competition between companies, as well as efficiencies for the business.

Proposals have been informed by a working group formed of Council officers and Non-Executive Director representatives from each of the Transport ALEOs (Lothian Buses, Edinburgh Trams and Transport for Edinburgh). They’ve been working to a set of guiding and transition principles, which include creating a customer focused unified public transport approach through service integration, route optimisation and fare ticketing optimisation.

The reform of our Transport ALEOs offers the chance to significantly enhance and streamline our public transport offering to the benefit of the public. These changes would result in integrated ticketing and routing and the opportunity to expand into new transport modes , amongst other improvements.

Of course, we know how important the Lothian Buses and Edinburgh Trams brands are to the people of Edinburgh, demonstrated by their consistently high customer satisfaction ratings, and we’ve no plans to change that. Any restructuring behind-the-scenes will only lead to a better experience when using the services we all know and love.

The last year and a half has been extremely challenging for our public transport providers. Our plans for their future aim to support their continued recovery, delivering efficiency savings which can be reinvested in the services.

We really value the public transport staff who’ve made every effort during this time to serve the city too, and we would be working closely with boards, management and trade unions to support a smooth transition to a new structure.

A report to Policy and Sustainability Committee in July 2020 set out arrangements for the management of the Council’s Transport ALEOs, highlighting challenges and setting out objectives for future public transport provision.

As well as supporting public transport integration, a reformed structure could respond to new opportunities as they arise and facilitate mobility across the city and region. ALEO reform also aligns with Edinburgh’s City Mobility Plan, which outlines greater integration in areas like pricing, ticketing and routing, as well as expansion of the rapid transit system and a bus network review.

In addition, the commercial sustainability of any new arrangement is considered crucial, particularly given the likely recovery period for public transport in the wake of the COVID-19 pandemic. Efficiency savings as a result of reform are particularly important.

If the proposed Transport ALEO is approved, the Council would maintain formal political oversight through the existing committee structure.

Read the full report, Reform of Transport Arm’s Length External Organisations, on the Council website. You can watch discussion of the report by Transport and Environment Committee live from 10am on Thursday, 19 August via webcast.