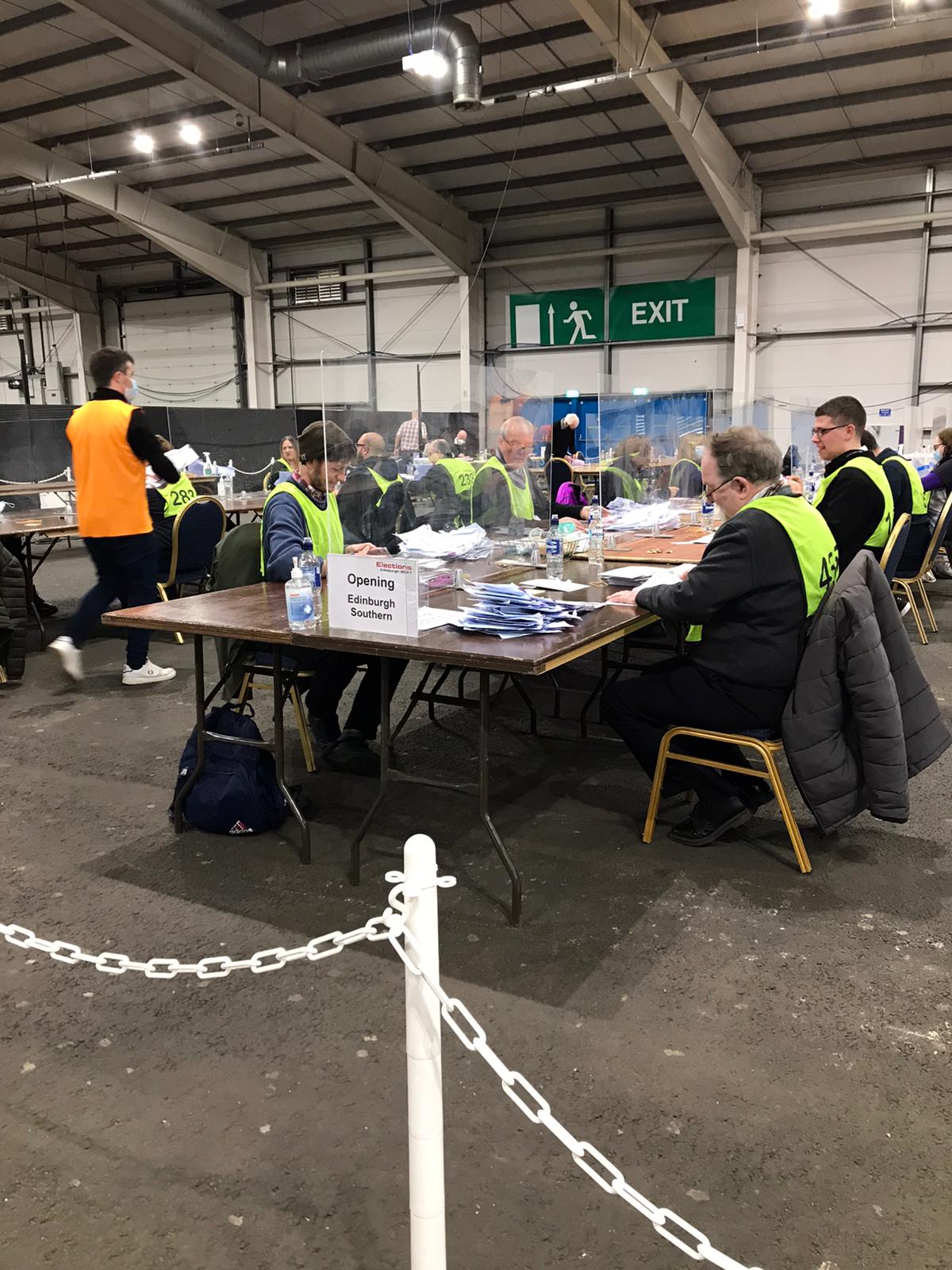 With less than a week to go until the Scottish Parliament Election 2021, Edinburgh is gearing up to play its own part in the vote on 6 May.

Preparations are already well under way across the city’s 140 polling places and at the Royal Highland Centre, where the count will be held over two days (7 and 8 May).

Training is in progress for staff working on the day and the first postal votes are being processed.

More people than ever before are registered to vote in this election Edinburgh (401,321 people) and more than a quarter of these (102,138) have opted to vote by post – the largest number of postal votes of any Scottish local authority and the highest ever for the Capital.

And though registration for the electoral roll is now closed, citizens are still being urged to think carefully about their vote, to ensure they know when, where and how to vote on Thursday, 6 May and to return their postal vote in plenty of time.

Andrew Kerr, Chief Executive of the City of Edinburgh Council and Returning Officer for the Edinburgh constituencies and the Lothian Region, said:

We are entering the final days of preparation for the Scottish Parliament Election and anticipation is clearly beginning to build across the city.

Running an election in the Capital is no mean feat, and it’s thanks to a great deal of organisation and the hard work of our Elections Team and hundreds of count and polling staff to adapt to the additional restrictions due to the pandemic that things go to plan.

As we draw nearer to the day, I hope the public are making their own plans for voting, and ensuring they know when, where and how to have their say, remembering to put one cross on each paper on the day. On polling day there will be additional hygiene and distancing measures at polling places to keep voters and staff safe. These include a fresh pencil for each voter, protective screens for polling staff, one-way systems in some venues, additional ventilation and limits on the number of voters in polling places at any time.

This year we’ve got the largest electorate we’ve ever had for an election in Edinburgh (401,321 registered to vote) and more than a quarter of these (102,138 people) have opted for a postal vote – the highest number of postal votes we’ve ever had and more than any other Scottish local authority. If you’re voting this way please make sure you post it in plenty of time – they must be received by 10pm on Thursday 6 May.

As we count down the final few days until voting day on 6 May, we're counting up some of the key facts about Edinburgh’s vote:

Amongst the equipment used in Edinburgh this May will be:

*voters are encouraged to bring their own pencil, or can keep the single-use pencils provided at the polling places

Find out how, where and when to vote in the Scottish Parliament Election 2021.