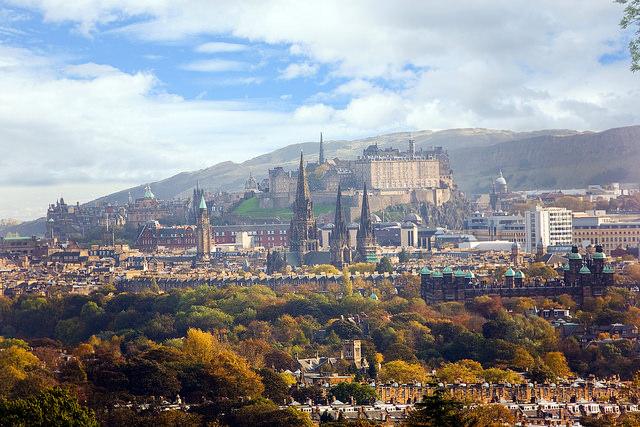 The City of Edinburgh Council has unveiled a ten-year delivery plan outlining the actions it will take to help eradicate poverty in the Capital by 2030.

Published just under two months since Edinburgh became the first UK local authority to set a target date for ending poverty, the End Poverty in Edinburgh Delivery Plan 2020-2030 will be considered by the Council's Policy and Sustainability Committee on 1 December.

It sets out key actions to be taken by the Council over the next decade in response to the final report from the Edinburgh Poverty Commission, which was published in September this year.

Preventing poverty through people-focused and "poverty-proofed" Council services, helping households maximise their incomes, establishing Edinburgh as a Living Wage City and pressing the UK and Scottish Governments for changes to housing investment and social security policy are among the priority actions outlined in the delivery plan.

Tackling poverty and inequality in our City drives the choices we are making as a Council. We have to act decisively if we're to eradicate poverty in the Capital by 2030. The first iteration of the delivery plan, just weeks after we received the final recommendations from the Edinburgh Poverty Commission, is the next major step towards that aim.

The ongoing impact of the Covid19 pandemic has hit those on lowest incomes hardest, this should challenge all of us to join the fight to end poverty in Edinburgh. We’ll be ensuring this is central to the choices we make when setting our budget and refreshing the Council’s Business Plan in early 2021. This isn't something the Council can achieve in isolation, however, and this plan is only the first step towards meeting the call to action the Commission has set for us all. The next year will be critical in making sure we pull together and start the long-term work we need to do to end poverty in Edinburgh.

It's estimated there's as much as £80 million in unclaimed benefits in the city. Making sure people are able to access all the financial support they are entitled to is one vital step we can take towards ending poverty in Edinburgh. The Edinburgh Poverty Commission report showed us that there are already a number of excellent support services working hard in this city to help Edinburgh residents do just that, but there is much more we need to do. Eradicating poverty in Edinburgh will take a massive collective effort - a 'whole city approach' - and this new delivery plan will see us working with our partners across the city to extend these supports and make sure high quality services to prevent or help people out of poverty are embedded in every community in Edinburgh.

We'll also continue to press the Scottish and UK Governments hard on making essential changes to housing investment and to social security policy and implementation to build a stronger support system for Scotland that, to quote the Edinburgh Poverty Commission report, 'is based on a fundamental objective of providing income security sufficient for people in Edinburgh to live free of poverty'.

The End Poverty in Edinburgh Delivery Plan 2020-2030 highlights 13 priority actions needed to accelerate progress towards the goal of ending poverty in Edinburgh by 2030, and 44 actions identified for delivery and implementation through existing or forthcoming mainstream Council plans and strategies.

The Plan's actions span seven 'action areas', as outlined in the final report from the Edinburgh Poverty Commission:

If approved by councillors on the Policy and Sustainability Committee on 1 December, the Delivery Plan will then be implemented, with a detailed progress monitoring framework brought back to Committee within two cycles.

In October, the Committee agreed to endorse a Team Edinburgh approach with other partners and organisations to become the first UK local authority to commit to ending poverty by a specific date.