Lord Provost: "Like the VE Day generation, hope for better days to come" 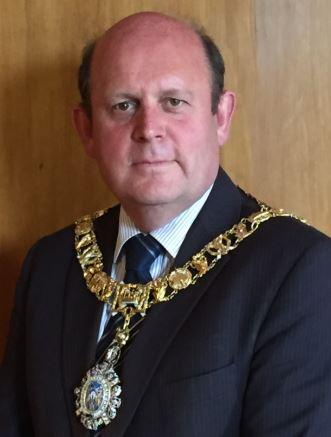 This Friday, 8th May, marks 75 years since the guns fell silent and the Second World War in Europe came to an end.

Our original plans were for the city to come together to mark this important anniversary with a series of events in the Capital. More than 100 Second World War veterans were due to take centre stage in West Princes Street Gardens as the whole country paused to remember the generation who sacrificed so much on a special bank holiday Friday.

Unfortunately, the ongoing Covid-19 pandemic has forced the cancellation of these events but I believe it remains important to remember the sacrifice, courage and determination shown during World War Two and do what we can to mark the important anniversary.

As we remember and pay tribute to the struggles the war time generation faced, we’re experiencing an uncertain and difficult time ourselves. As we honour VE Day we can look to that generation and learn from their resilience, determination and hope for better days to come.

While we can’t have street parties and celebrations in pubs, or services in churches, as with many other areas of our lives, we can join in virtually.

On Friday (8th May) from just before 11am there will be a virtual service of remembrance which will be broadcast live on the Legion Scotland Facebook page. The service will be followed at midday by a virtual tribute concert, featuring performances from several of the groups who had been lined up for the Princes Street Gardens concert.

Poppyscotland have a range of online and virtual activities that you can get involved in including learning resources for young ones to a guide to hosting your own “virtual” VE Day party.

Whilst of course it is disappointing that the events have been cancelled, we are all playing our part by remaining indoors and I hope everyone takes a moment to remember those who fought for us. I will be joining the nations toast at 3pm and then we all have the chance to join a national singalong of Vera Lynn’s "We’ll Meet Again." as part of the BBC 1 programming. Surely to be very emotional.

It’s been a tremendous effort to rearrange how we can celebrate the day and I want to thank Legion Scotland and Poppy Scotland.

We must all remember the struggles people went through during the second world war and let us use their resilience and determination as inspiration to carry everyone through the difficult period we’re facing during the pandemic.

As always, my thoughts and prayers are with everyone who has been touched by the Coronavirus. Let’s do what we can (safely) in these challenging times to mark this significant occasion.

11am    Two-minute silence for a national moment of remembrance
2.45pm   Commemorative programme on BBC One
3pm   Nation's Toast to the Heroes of WW2
8pm   Commemorative programme on BBC One.
9pm   Her Majesty The Queen will send a message to the nation on BBC One, at 9pm, the same time her father, King George VI, gave a radio address in 1945. Followed by a national singalong of Dame Vera Lynn's 'We'll Meet Again'.