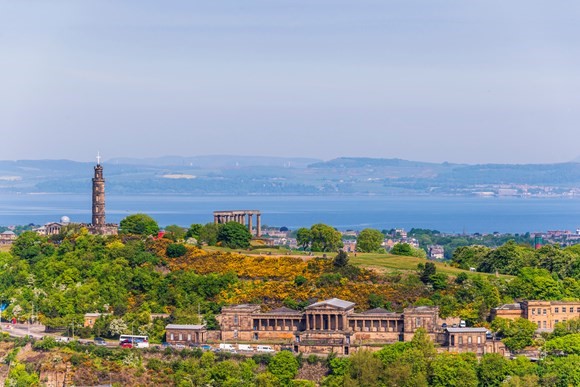 Edinburgh is set to be home to one million trees by the end of this decade, joining counterparts all over the globe in becoming a Million Tree City.

Edinburgh already outstrips other Scottish cities by having more trees per head of population - there are currently more than 730,000 urban trees, compared to around 519,000 residents.

Following the approval of a report entitled Edinburgh: A Million Tree City by the Culture and Communities Committee today (28 January 2020), the Council will draw up an Action Plan to achieve the one million tree target in urban Edinburgh. This will include tree planting opportunities on both public and private land, via new developments and to replace trees lost to age, disease and damage.

An Edinburgh Million Tree Forum made up of representatives from a wide range of relevant organisations will bring together principal stakeholders to set an updated vision for trees in Edinburgh and find ways of planting more trees, more quickly.

Representation will be invited from across relevant Council services, the Edinburgh and Lothians Greenspace Trust, the Woodland Trust, the Royal Botanic Garden Edinburgh, Trees of Edinburgh, the Scottish Wildlife Trust, the Trust for Conservation Volunteers and the Edinburgh Living Landscape Initiative.

Annual tree-planting targets will also be set, with numbers of trees publicly reported on an on-going basis. Regular i-Tree Eco surveys will also be carried out to assess the ecosystem benefits trees are playing in the Capital.

A previous i-Tree Eco Survey in 2013 (updated in 2016) provided evidence that trees make a vital contribution to quality of life in Edinburgh. Trees:

- remove pollution from the atmosphere

- offer shade in summer and shelter in winter

- convert atmospheric CO2 into carbon-storing wood as they grow, reducing the effects of climate change

- provide sensory stimulation, visual relief and aesthetic pleasure that changes with the seasons

- help to provide the setting for buildings, screen unwanted views and reduce the impact of noise

We're so proud that Edinburgh is already the UK's greenest city, with more trees than people, more green space and more green flag parks than any other place in Scotland for people to enjoy. Last year we became the first Scottish local authority to support the Charter for Trees, pledging our full commitment to cherish, nurture and celebrate our trees. And we're delighted to be part of the excellent TreeTime initiative whereby people can adopt or plant a new tree in the Capital.

But we want to - and must - do even better, especially as we strive towards our hugely ambitious target of making the city carbon neutral by 2030.

By joining the cohort of Million Tree Cities such as New York, Shanghai, London and Los Angeles, we'll be able to substantially reduce carbon dioxide in the atmosphere to lessen the impact of climate change. It's going to require a huge amount of dedicated partnership working but I know we collectively have both the will and the capacity to reach the million tree target, if we all pull together.

It's impossible to overstate the benefits trees bring to the urban landscape. They help clean our air, reduce the risk of flooding, keep us cool in the summer and warmer in winter and give the wildlife in our city a home, as well as making neighbourhoods look and feel tranquil and appealing.

We are delighted to be part of the “Million Tree City” initiative that will contribute to a significant increase in the number of trees being planted in the city. It is a great opportunity to raise awareness and promote the benefits that trees provide, especially for our urban environments. ELGT are always keen to work in partnership with individuals and organisations to deliver environmental improvements such as the Million Tree City project.

• Edinburgh had more than 712,000 trees within in its urban core - an average urban density of 62 trees per hectare

• 75% of the trees recorded were privately managed

• The urban forest includes 50 tree and shrub species, of which Sycamore, Holly and Silver Birch were the most abundant

• They removed around 4,885 tonnes of carbon - worth £1m - from the atmosphere each year