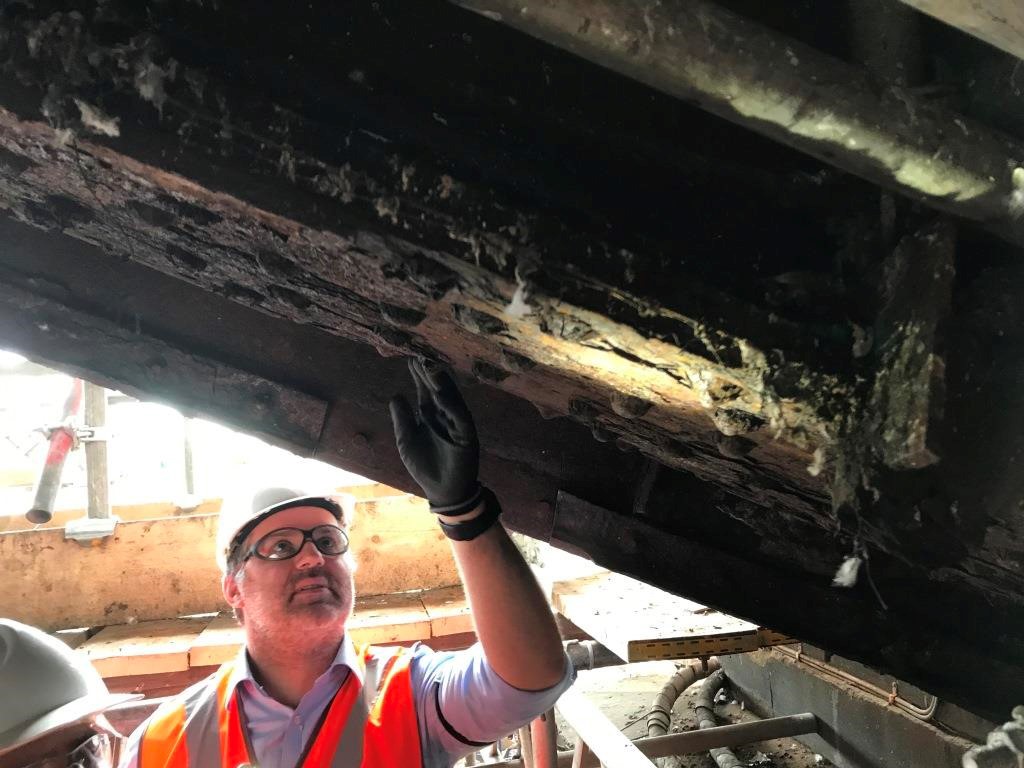 As a new year begins, work continues on a major project to restore Edinburgh’s iconic North Bridge to its former glory.

The City of Edinburgh Council’s £22m initiative, which began in summer 2018, involves a series of structural repairs aiming to safeguard the long-term use of the Victorian Category A-listed bridge.

Amongst the ongoing works are the assessment, repair or replacement of 6300 steel sections underneath the bridge - many of which have suffered from corrosion - extensive testing of the concrete deck to establish a design for improvements and the removal of redundant utilities.

Specialist contractors are now in the process of restoring the structure’s cast iron works, which have not had any repairs since they were repainted in 1990.

Transport and Environment Convener Councillor Lesley Macinnes said: “For most passers-by, the scaffolding surrounding North Bridge is the only indication that work is underway, but behind the scenes there is clearly a hive of activity to repair, conserve and replace the historic structures supporting this landmark. Next up, we will see the bridge’s striking façade restored to its former glory.

“As part of our broader plans to create a people-focused Capital under the long-term City Centre Transformation programme, the road running over the bridge will eventually benefit from active travel improvements, connecting to our growing network of walking and cycling-friendly routes.”

In order to access the underside of the bridge, contractors have been progressing the erection of a complex scaffolding structure – the largest since the current concrete deck was constructed in 1933 – with sections being delivered overnight from the beginning of the project to minimise disruption.

During investigations and inspections, a number of hidden ‘secondary structures’ allowing utilities to pass below the road surface have been discovered. As they have fallen into disrepair it is now planned to excavate, remove and replace them.

The North Bridge refurbishment upon completion will encompass:

• Structural steelwork repairs.
• Grit blasting and repainting of the structural steelwork.
• Repairs to the cast iron façades.
• Grit blasting and repainting of the cast iron façades.
• Repairs to the underside of the bridge’s concrete deck.
• Improvements to the structural drainage systems.
• Replacement of expansion joints.
• Masonry repairs to the abutments and piers.
• Restoration of, and repairs to, the King's Own Scottish Borderers War Memorial (located on the east plinth of the bridge’s south pier).
• Installation of permanent platforms to improve access provisions for future inspection and minor maintenance.

Find out more about the North Bridge refurbishment project online.