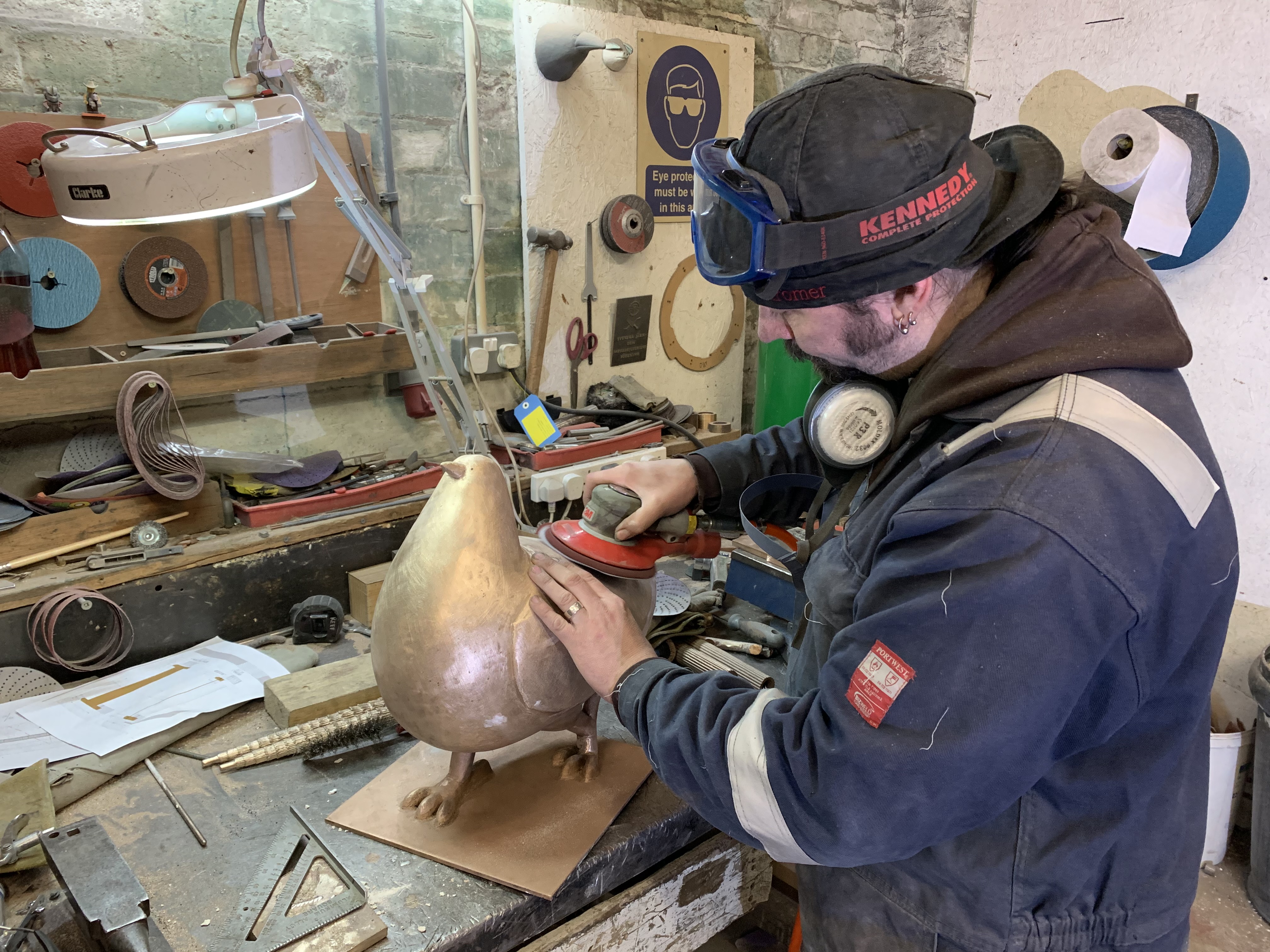 A sneak peek of the restoration of Edinburgh’s much-loved Elm Row pigeons has been revealed ahead of their reinstatement in the street later this year.

The public artworks, created by sculptor Shona Kinloch, were first removed during the original tram project in 2006. Now, as part of Trams to Newhaven, the seven bronze birds are being refurbished or completely recast before their grand return.

Watch our vlog with Shona Kinloch as she explains her inspiration behind these sculptures.

Specialists from Powderhall Bronze have been renovating, sandblasting and applying ‘patina’, which creates the familiar green colouring, to the existing statues, as well as casting three brand new pigeons. This has involved making wax replicas using the original moulds for the sculptures, before pouring in molten metal to produce a finished product.

It is intended to restore the pigeons on Elm Row during the summer, alongside the London Road Pillar Clock. This is being refurbished by clockmaker Smiths of Derby, involving the removal of any rust, preparing the surface for priming and repainting, and constructing a new aluminium deer and repairs to the Coat of Arms of Edinburgh, which sit at the top of the clock.

“These pigeons are a little piece of Leith Walk history, so I’m delighted that they’ll soon be back in their rightful home as part of the Trams to Newhaven project.

“Construction work is continuing apace on the tram line, with tracks being laid along the route. Now, as we begin to welcome some of Leith Walk’s public art back into place, we’re starting to build a picture of what the area will look like once this major project is complete.”

“Our seven bronze birds are looking beautiful in time for their return to Leith Walk, and it’s been fascinating to see the work that’s gone into their refurbishment. I know many people will join me in welcoming them back later this year.”

Construction on the Trams to Newhaven project continues to progress to schedule, with ongoing track-laying on sections of Leith Walk, Constitution Street and at Ocean Terminal.

Other work underway, or soon to commence, includes the rebuilding of the South Leith Parish Church wall, following a major excavation of the area and surfacing and public realm works along parts of the route.