A phased return of pupils to schools and early years settings will start next week after the Scottish Government confirmed details on Tuesday 16 February.

The announcement means that from Monday 22 February early years and nursery pupils, P1 to P3 pupils and a limited number of senior phase pupils who need to finish practical assignments will be able to return to their schools. Support for children of key workers and vulnerable children in other years will continue.

All schools and nurseries will be following the latest advice from the Scottish Government on health guidance so they are safe for pupils and teaching staff.

Individual schools will contact parents in the coming days to update them on their own specific arrangements.

On Tuesday 2 February, the First Minister announced plans for a phased return of school pupils from the week beginning 22 February subject to continued progress in suppressing the virus and final confirmation on Tuesday 16 February.

The plans are as follows:

We are currently reviewing our arrangements and will be updating this information as soon as we're able.

Guidance for parents and carers

On Monday 4 January, the First Minister announced that mainland Scotland moves from Level 4 to a temporary lockdown on Tuesday 5 January. We are currently reviewing all our services and will be updating this information as soon as we're able.

Download letter from Interim Director of Public Health and Health Policy, Katie Dee, on changes to self isolation period

There are no changes to the school term dates.

From last week we began the reintroduction of extra-curricular activities in some our schools including rugby, basketball, running, chess and reading clubs.  In these cases school staff are responsible for making sure all risks have been covered.  We will introduce more extra-curricular activities over the course of this term, including those led by parents and volunteers, as long as factors such as the R number and Tier suggest that it is safe to do so.

Informal sporting activity, such as football training on a Saturday, associated with a school but organised entirely by parents/volunteers and taking place out with school premises is not regarded as Extra-Curricular Activity and is not covered by this guidance. Organisers of this informal activity may wish to consult Sports Scotland guidance on Recreational sport for U18s to establish their roles and responsibilities as volunteers operating independently of the Council.

If your school can offer any extra-curricular activities they will let parents and carers know in the usual way. As teachers are key workers they are under huge pressure to keep schools open. We hope that everyone understands this, as it means that that they might not be able to offer the normal range of clubs for some time.

Frequently asked questions and answers on wearing of face coverings.

At the Consultative Committee with Parents on 8 October 2020 an update on the Communities and Families Learning Estate Capital Projects was requested.

View the Learning Estates Capital Projects document which details our ongoing projects with information as to what stage they are currently at and expected completion dates where available. It includes extensions, refurbishments and new builds for early years settings, primary, secondary and special schools.

Read NHS Lothian FAQs on COVID-19 for schools. This includes details on:

Updated FAQs on the wearing of face coverings in schools.

Our schools and early years settings are open from 12 August with pupils returning on a phased basis.

Read our delivery plan which includes information about physical distancing, cleaning and adapting to new arrangements. 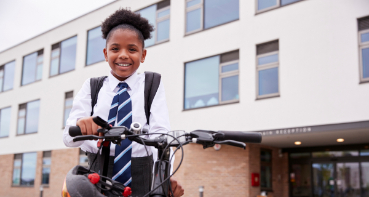 Find about temporary changes at schools which support physical distancing